Portrait of Edmond de Belamy (70cm x 70cm, ink on canvas) is a generative adversarial network "painting" constructed in 2018 by Parisian studio Obvious. The "painting" sold at Christies for for $432,500 on October 23, 2018. The "painting" was deemed a readymade by many as it was created by an algorithm that referenced 15,000 portraits from various periods. The algorithm was driven by an equation produced by a 17 year old from West Virginia, Robbie Barrat and posted to Github.io where the Paris-based studio picked it up.

The alarming appearance of most "images" of human-like figures produced by machine learning and artificial intel bear a colonial-renaissance-European-aesthetic. We have built into machine learning the idea that this is a portrait—white colonial European male.

The "painting" challenges us to question our notion of what we deem a picture and portrait in our technologies and our mental schemas.

What happens when we mimic machines which are mimicking us? What happens when we stop asking the picture what it means (or in the case of W.J.T Mitchell, what the picture wants) and start determining the life of the picture—beyond where it lives. We must treat this "picture" as though we have all created it (some more than others). Can we disrupt the process of constructed bias of ML/AI by exploring how we taught machines to view humans—literally?

I have made physical, in a traditional sense of a picture, The "portrait of Edmond de Belamy." I want to test the teaching of the ills of AI, and test how to disrupt our framing of pictures and images. I may simply be upholding an oppressive force and with this I hope for feedback and collaboration from anyone willing.
Portrait of Edmond de Belamy (70cm x 70cm, ink on canvas 2018) 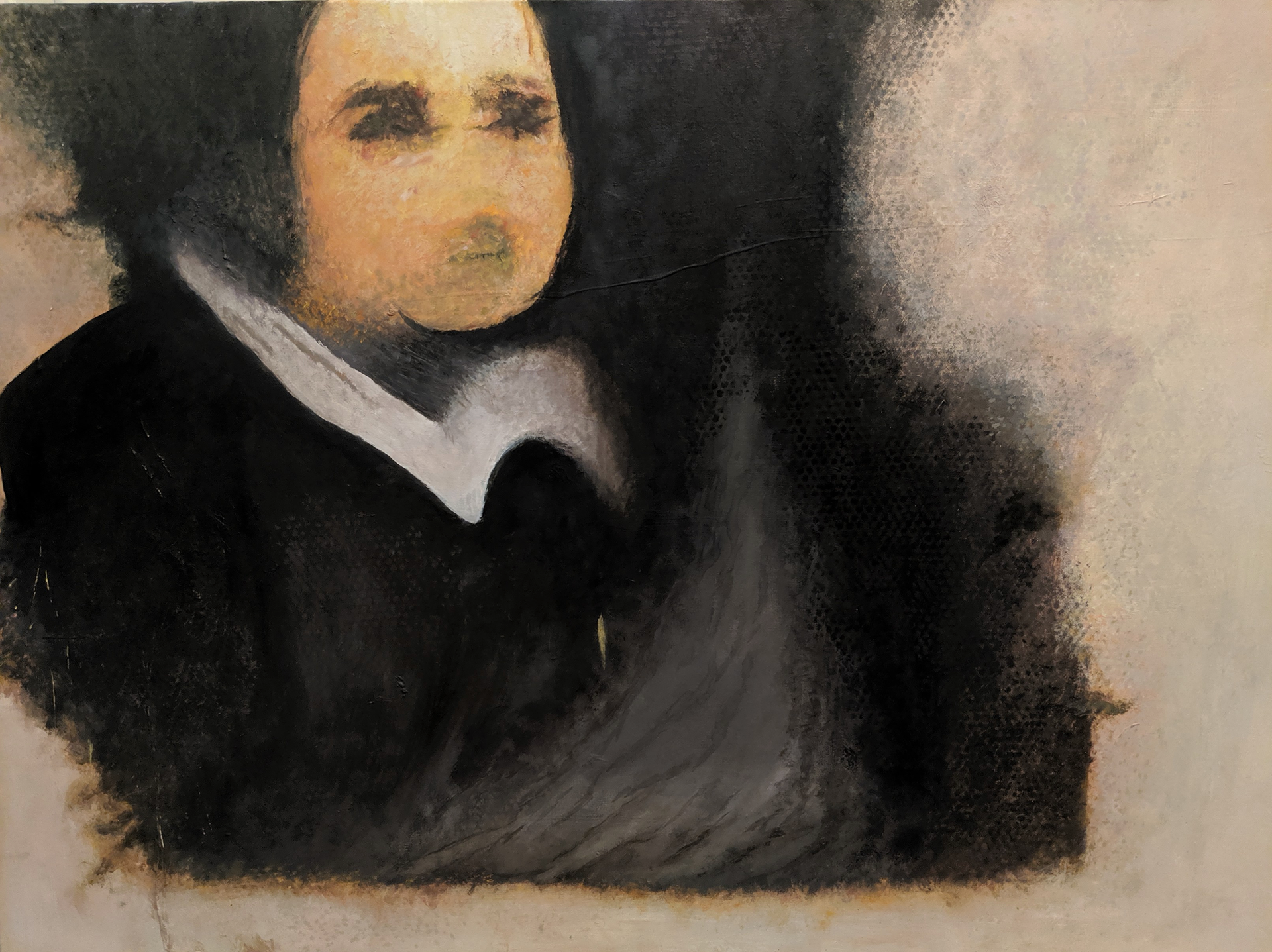 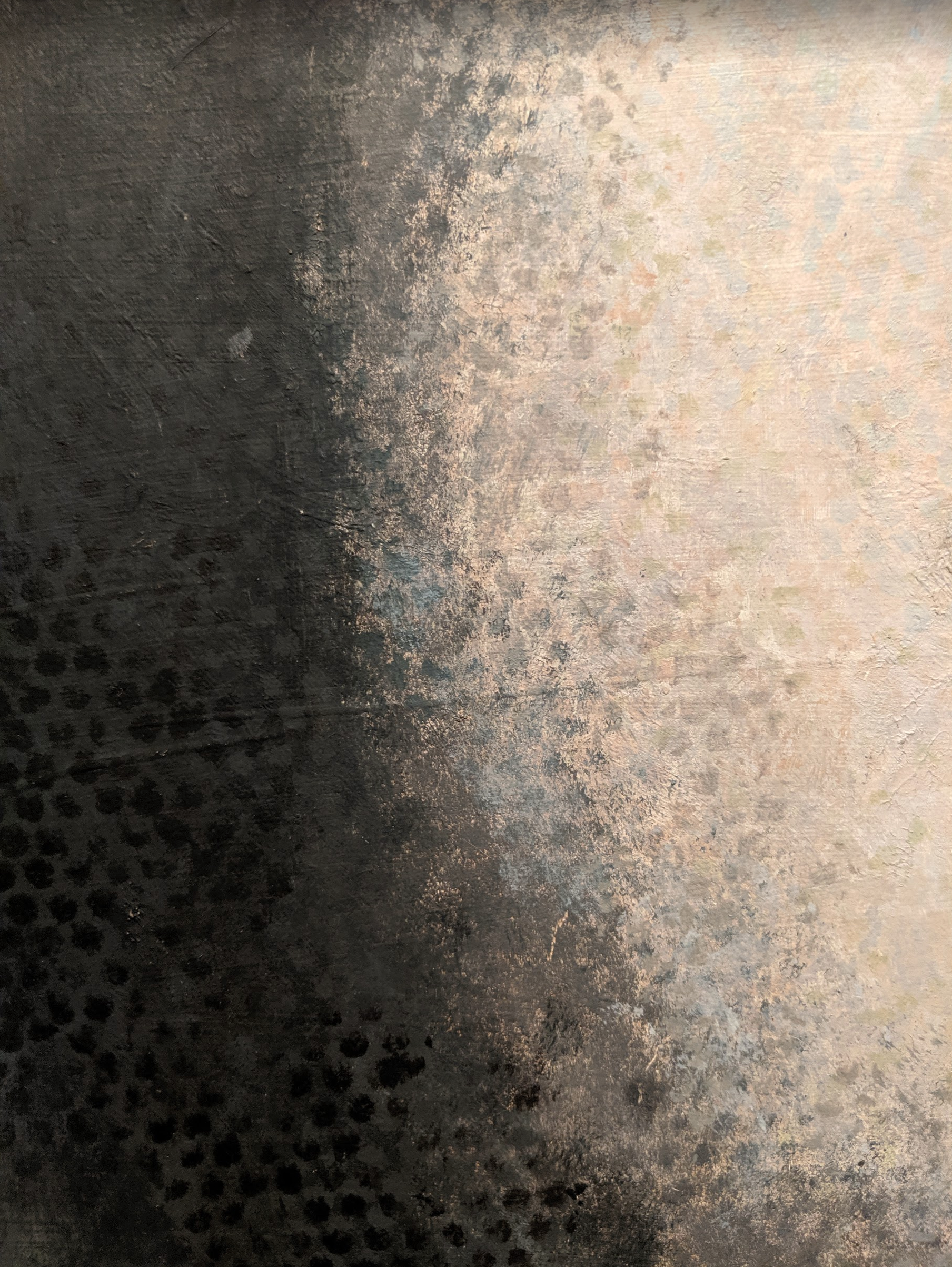 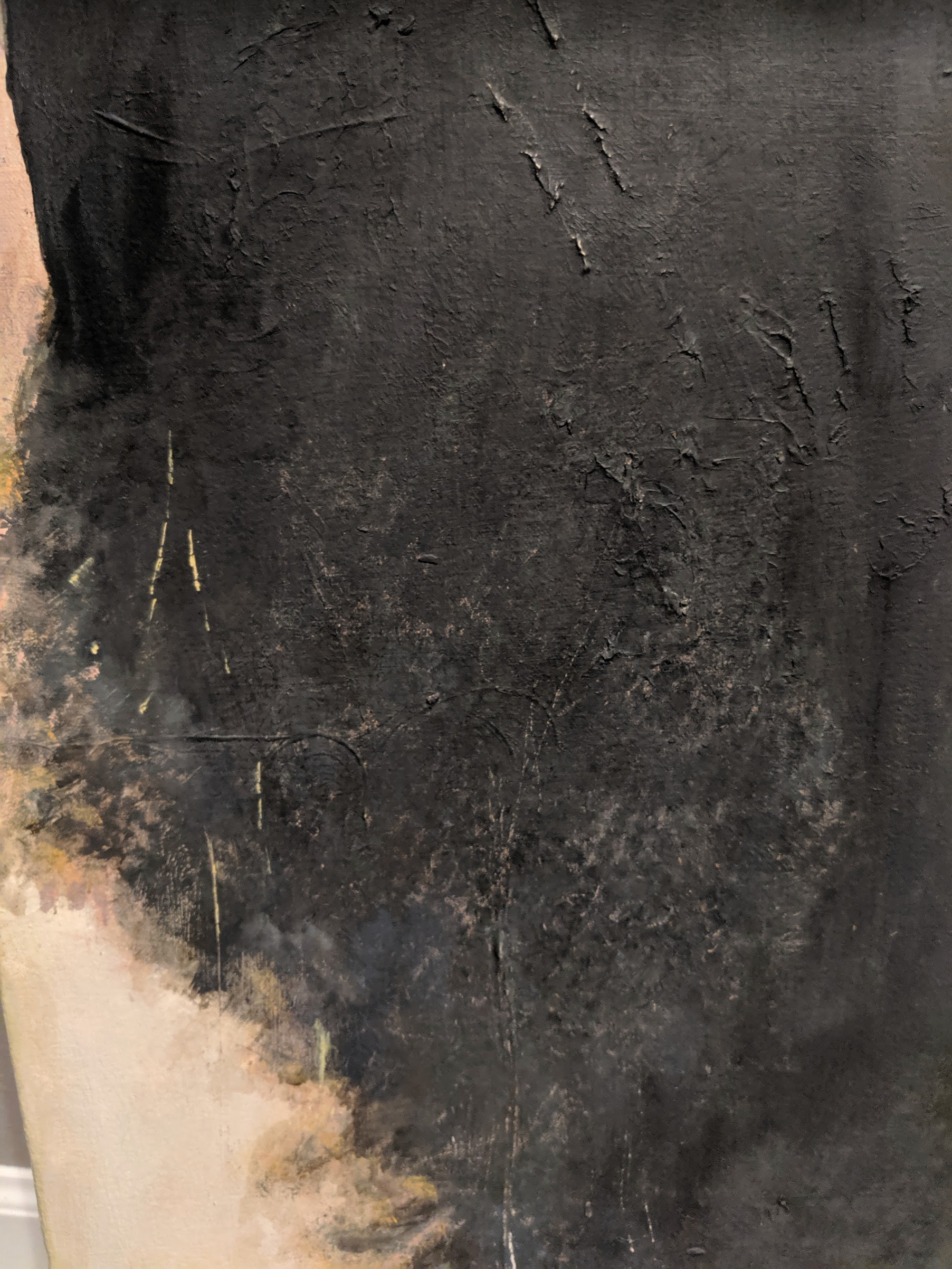 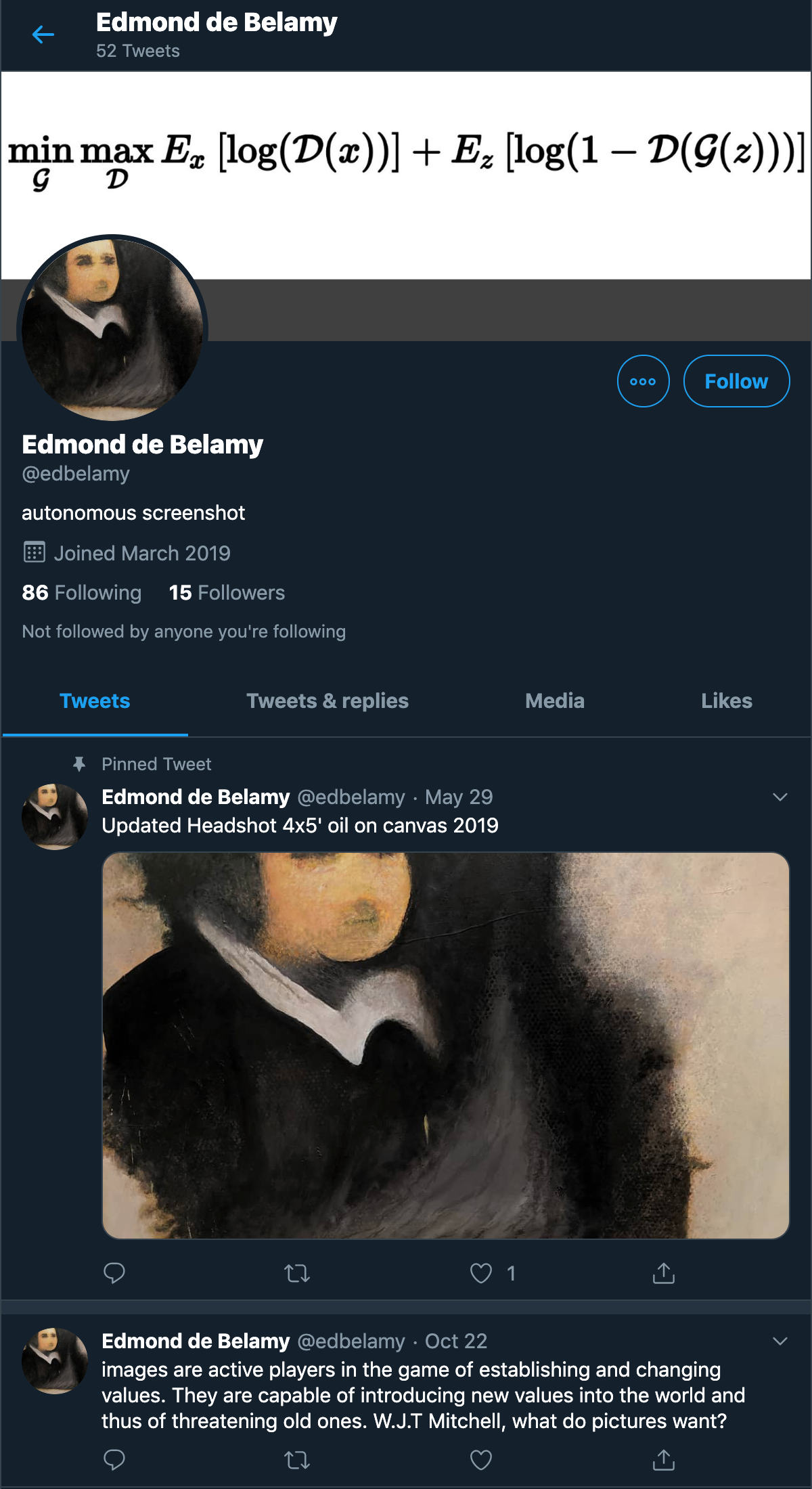 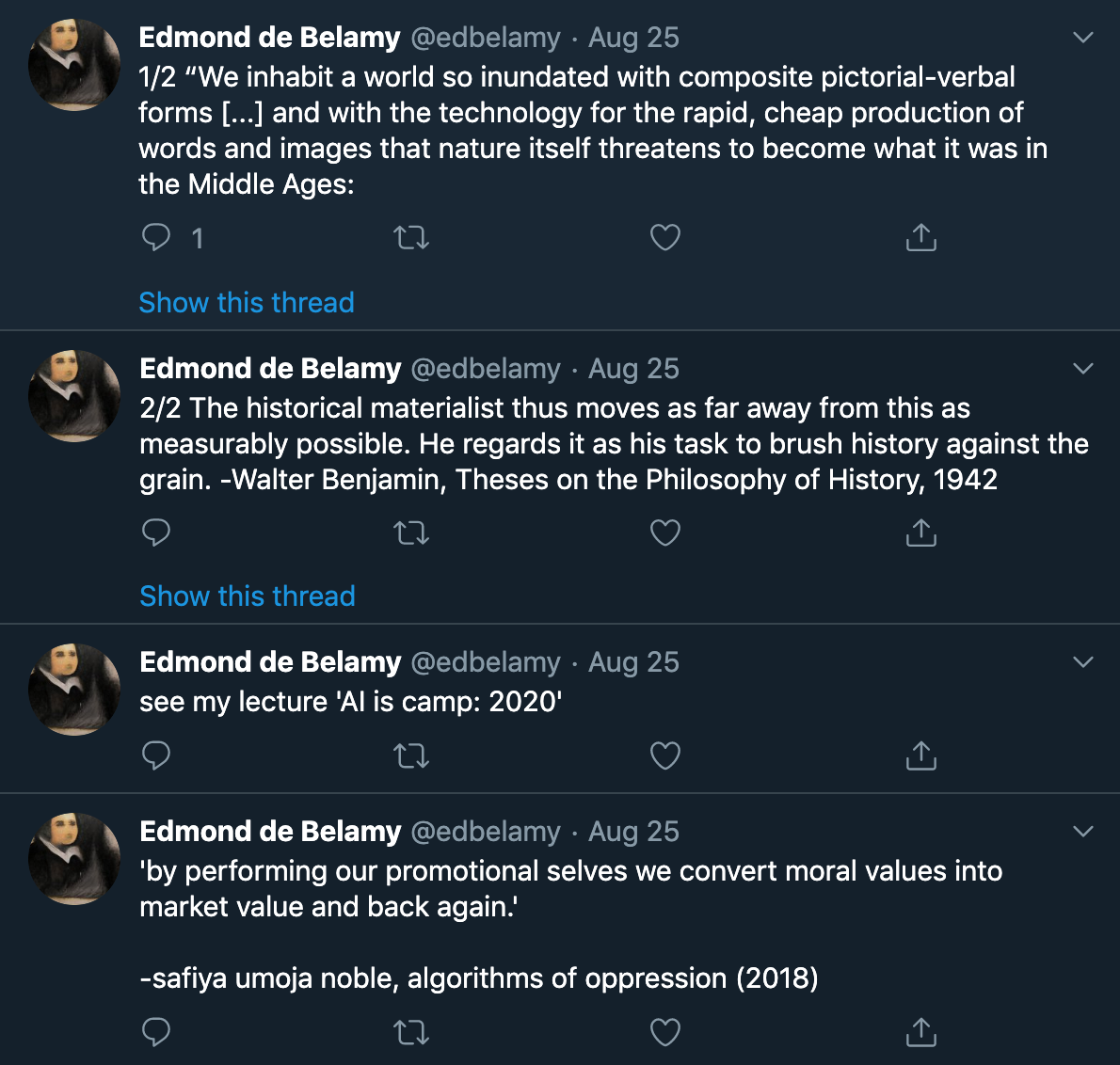 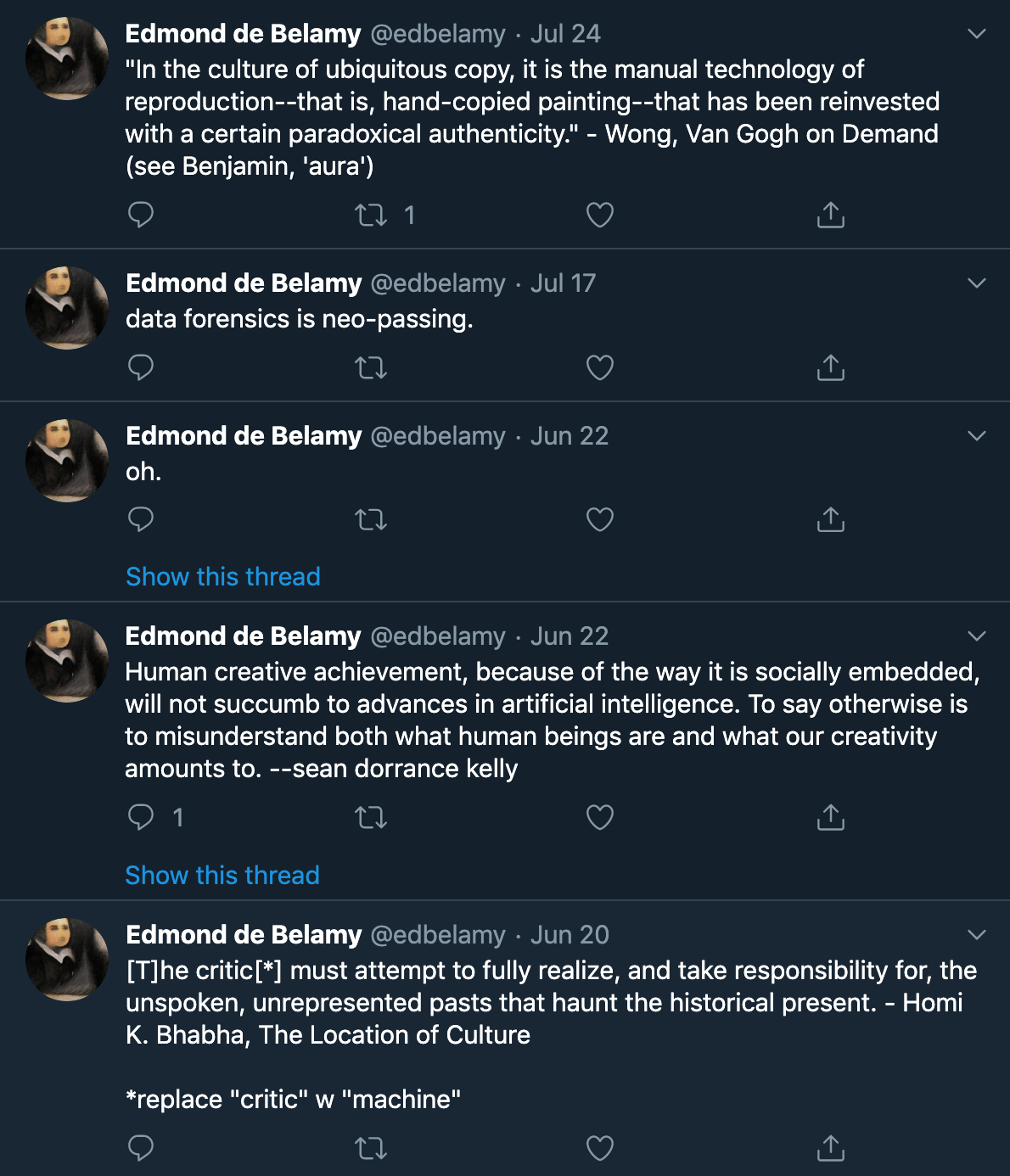 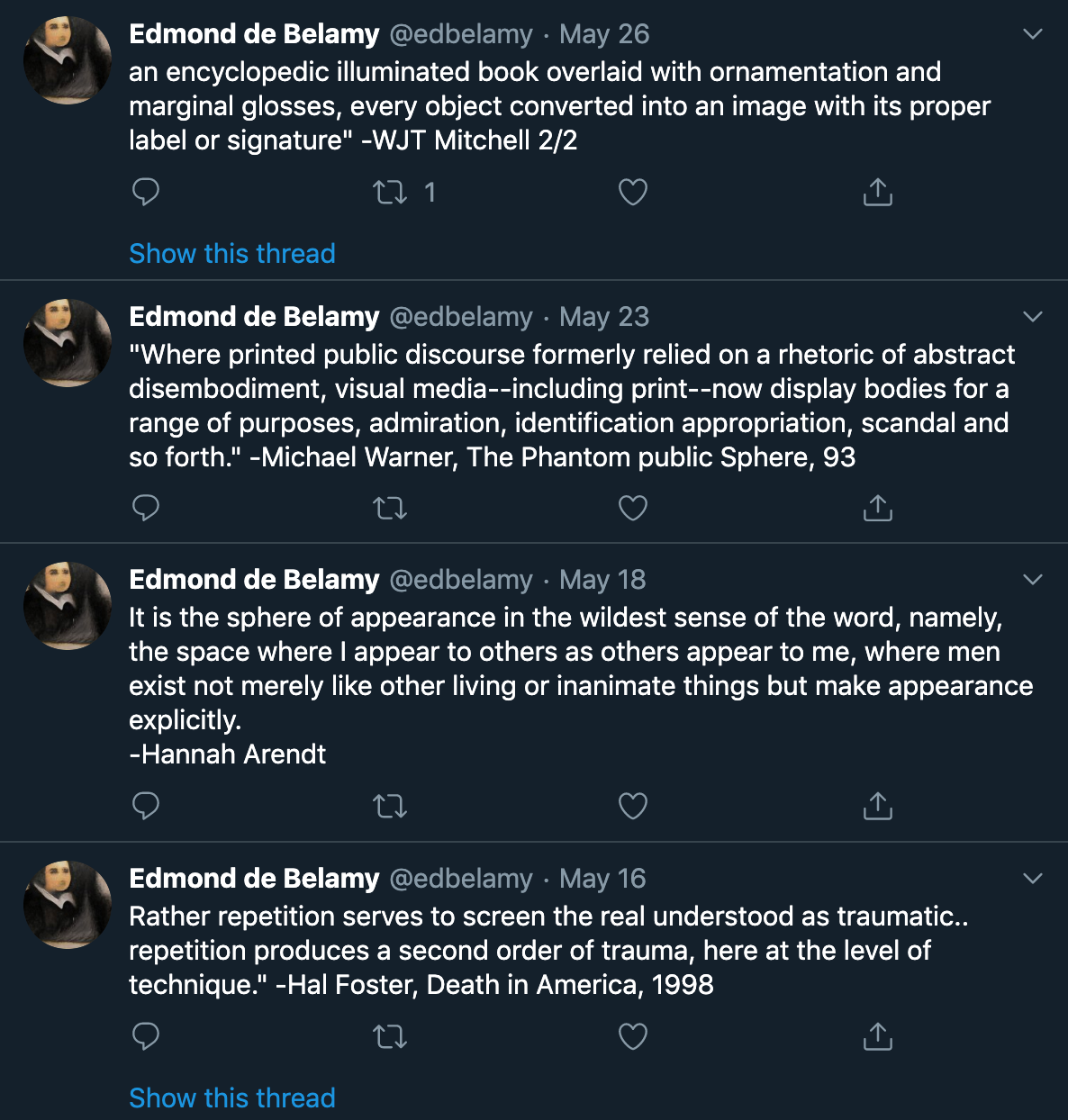 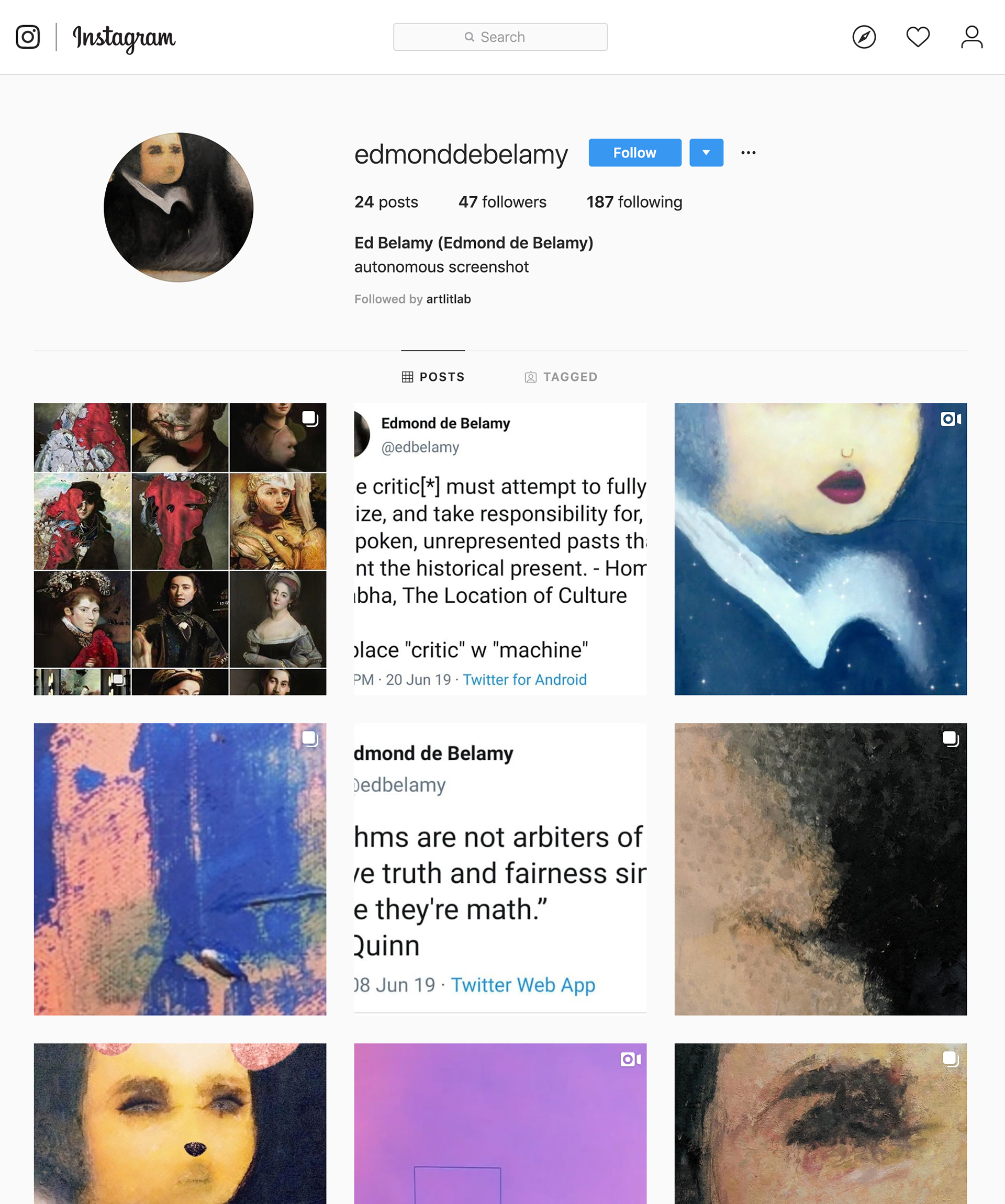 Designing and exploring characters through digital means and/or transferring digital characters to analog and physical works. This to examine theories surrounding ethics and distance via the practice of design, artifact and technology. Photoshop, fakenews, Artificial Intelligence, performance, design. Stay tuned. 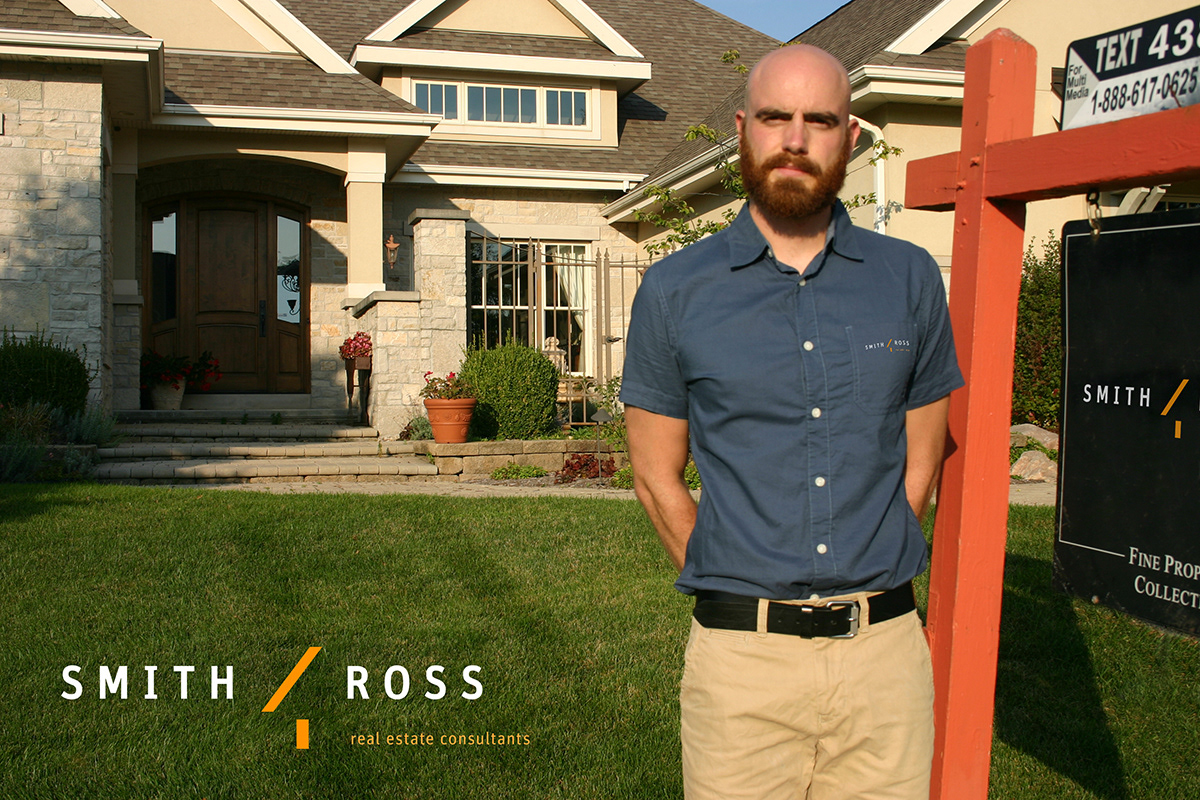 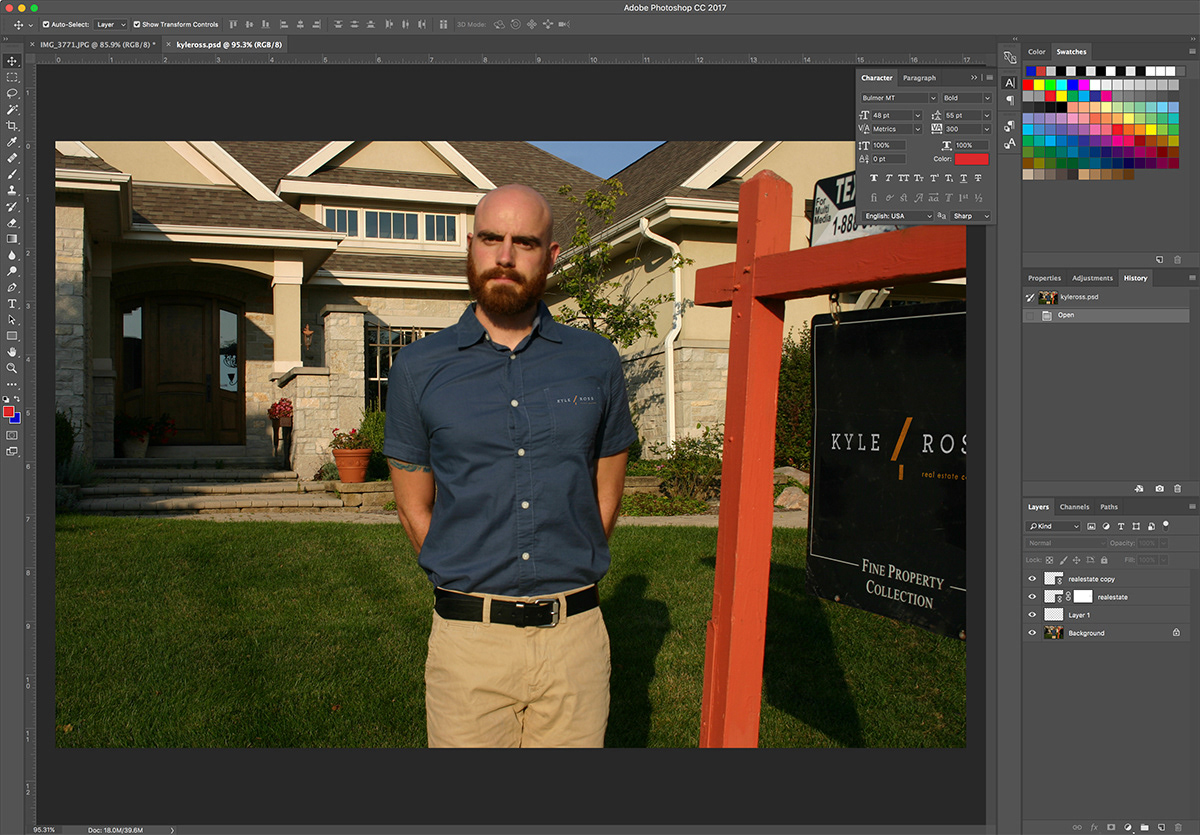